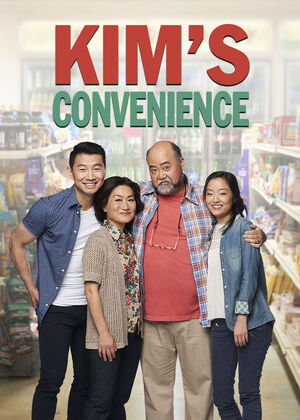 Kim's Convenience is a comedic drama about Korean-Canadian family running a convenience store in Regent Park, Toronto. Based on a stage play of the same name, the CBC Television show is the first Canadian TV show to feature an Asian cast of lead actors.

Ins Choi, one of the show's co-creators, wrote the stage play while still a student at Soulpepper Theatre. The play premiered at the 2011 Toronto Fringe Festival, and Choi both directed and played the part of Jung.

Kim's Convenience was remounted in 2012 by Soulpepper Theatre and the production won two Toronto Theatre Critics awards: Best Canadian Play and Best Actor in a Play for Paul Sun-Hyung Lee as Appa.

Kim's Convenience: From stage to screen